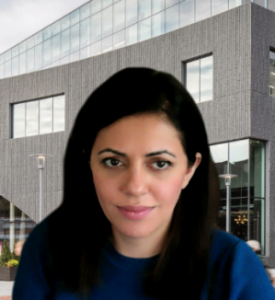 Abstract: Lithium-ion batteries have been used extensively in the past decade in a variety of applications from portable devices to airplanes and electric vehicles. Battery packages used in electric vehicles experience dynamic loadings, shocks, and large deformations during normal operation as well as in a crash scenario. It is of paramount importance to battery manufacturers and the automotive industry to better understand how the cells deform under such loadings and what conditions might damage a cell and lead to failure. This talk will focus on the experimental methods used to characterize material properties of lithium-ion batteries under large mechanical loading. Then deployments of these material models for simulating crash response of batteries will be discussed. The models that will be discussed are capable of predicting the profile of deformation and the onset of short circuit in batteries in the cases of mechanical abusive loads.

Biographical Sketch: Elham Sahraei is an Assistant Professor and Director of Electric Vehicle Safety Lab at Temple University. She was the co-director of the MIT Battery Modeling Consortium, a multi-sponsor industrial program supported by major automotive and battery manufacturers from 2011 till 2019. Her research is focused on computational modeling of lithium-ion batteries for electric vehicles. Dr. Sahraei earned her Ph.D. from the George Washington University in 2011, and completed two years of post-doctoral training at Massachusetts Institute of Technology in 2013, where she became a Research Scientist afterwards. She is currently a principal investigator on safety of lithium-ion batteries under combined mechanical-electrical loading for Office of Naval Research. She has also been an investigator on several Ford-MIT alliance projects, and she is the inventor of “Collision Safety Structure,” a structure for controlled buckling of driver seats that reduces perils of frontal crashes.