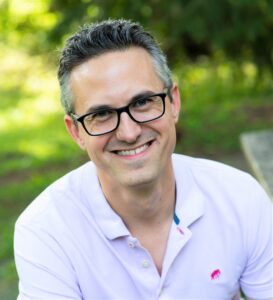 Abstract: While there is significant interest in using tissue engineering techniques to create tendon and ligament replacements, no engineered biomaterial has been successful in replicating their physiological function. This is because there is a fundamental lack of understanding of how to produce a robust tensile load-bearing biological tissue. Previous work suggests that tendon maturation is driven by rapid increases in collagen fibril length and molecular crosslinking mediated by mechanical stimulation due to muscle activity. However, the effect of mechanical stimulation on the tensile mechanics of developing tendons and the functional significance of the structural changes that occur during development are still unclear. To address this knowledge gap, we investigated the multiscale structure-function relationships of embryonic tendons during normal development and following the loss of mechanical stimulation via immobilization. Using multiscale mechanical testing, we found that the strain transmitted to the collagen fibrils in tendons at embryonic days 16, 18, and 20 is less than the strain applied to the tissue, suggesting the collagen fibrils remain discontinuous throughout embryonic development. However, the ratio of the fibril strains to the tissue strains increased with developmental age; this indicates that more strain is being transmitted to the fibrils and that there is less interfibrillar sliding, which is consistent with an increase in the average fibril length and an increase in the macroscale mechanics during this period of development. Additionally, there was a decrease in the macroscale tensile modulus and the fibril: tissue strain ratio with flaccid (but not rigid) immobilization, suggesting that complete loss of mechanical stimulation inhibits fibril elongation and strain transmission to the collagen fibrils, resulting in impaired functional maturation. Consistent with these mechanical assessments, we found that collagen fibril bundling was impaired with immobilization. Interestingly, while the enthalpy required to denature the tendons increased with increasing age, there was no effect with immobilization. This suggests that although intermolecular crosslinks in embryonic tendons increase with development, the loss of tensile mechanical properties with immobilization is potentially not due to a reduction in functional crosslinking. Together, these data suggest that the key structural change induced by mechanical stimulation during tendon development is an increase in the strain transmitted to the collagen fibrils, which is consistent with fibril elongation. These data provide fundamental insight into the mechanisms driving tendon development and will guide the design of improved techniques for engineering tendon/ligament replacements.

Biographical Sketch: Dr. Szczesny is an Assistant Professor at the Pennsylvania State University with a joint appointment in the Departments of Biomedical Engineering and Orthopaedics & Rehabilitation. He completed his postdoctoral training in 2017 as an NIH NRSA F32 Fellow and obtained a PhD in bioengineering in 2015 at the University of Pennsylvania. Prior to his doctorate, Dr. Szczesny developed medical implants as a design engineer for Aesculap Implant Systems and as a research assistant at the Helmholtz Institute for Biomedical Technology in Aachen, Germany. He obtained a MS in mechanical engineering at the Massachusetts Institute of Technology in 2005 and a BS in mechanical engineering at the University of Pennsylvania in 2003. In recognition of his contribution to the field of tendon biomechanics and mechanobiology, Dr. Szczesny was an ORS New Investigator Recognition Award (NIRA) finalist, won 1st place in the SB3C PhD competition (twice), and received the 2015 Acta Student Award. Dr. Szczesny’s current research examines how cells in tendon sense the mechanics of their local microenvironment (e.g., strains, stiffness) and how their response drives changes in tissue mechanical properties during tendon degeneration, repair, and development. The ultimate goals of this work are to identify the causes of tendon pathology, discover novel therapeutic options, and direct the design of biomaterials that can recapitulate the behavior of native tissue.