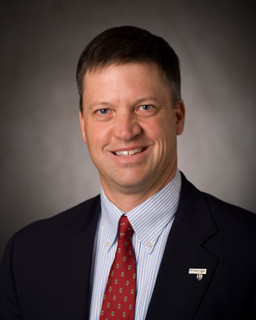 Dr. Chris Rahn is the director of Penn State’s Mechatronics Research Laboratory and co-director of the Battery and Energy Storage Technology Center. His research in the modeling, analysis, design and control of mechatronic systems has been supported by the Office of Naval Research; Air Force Office of Scientific Research; U.S. Army; Defense Advanced Research Projects Agency; National Science Foundation; Department of Energy; National Institutes of Health; Advanced Research Projects Agency-Energy and industry; and has garnered awards from the Department of Defense; Clemson University; Penn State; and the American Society of Mechanical Engineers (ASME).

An ASME Fellow, he has published two books, over two hundred refereed publications, and holds several patents. Rahn earned his bachelor’s degree in mechanical engineering from the University of Michigan and his master’s and doctoral degrees in mechanical engineering from the University of California, Berkeley. Prior to joining Penn State in 2000, he was a faculty member in the Department of Mechanical Engineering at Clemson University.