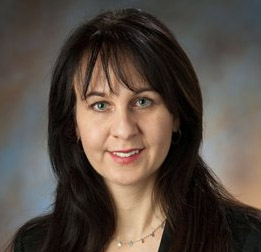 Ms. Duke received her B.S degree in Aerospace Engineering from the University of Michigan in 1992 and her M.S. degree in Mechanical Engineering from the University of Connecticut in 2000. She was named the Director of Aerodynamics within Pratt & Whitney Engineering in 2013. In this role, she provides both strategic and technical leadership for the Aerodynamics organization, which includes Turbines, Compressors, Combustors, Acoustics, Inlets, Nacelles, Nozzles and Aero-Thermal Methods.

Ms. Duke has been with Pratt & Whitney since 1992 and has held roles of increasing responsibility in the Performance Systems Analysis, Turbine Aerodynamics, and the Turbine Module Center organizations. She was the performance chief for the Operational Commercial Engines group and most recently Executive Assistant to Pratt & Whitney’s Chief Operating Officer.