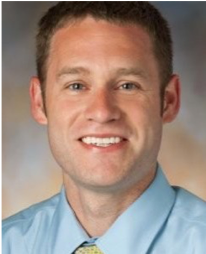 Matthew Teicholz is a Program Chief Engineer responsible for overall engineering execution and strategic direction for an engine family at Pratt & Whitney.

Prior to taking his current position, Mr. Teicholz held other senior organizational and program leadership positions where he had significant involvement in the development and fielding of the Next Generation Product Family. His career path has allowed him to be broadly involved in the entire lifespan of both commercial and military engines, from functional definition, development, validation, and field support of engine systems.

Mr. Teicholz has contributed to several publications appearing in the Journal of Quality Engineering and the Journal of Thermal Spray and is the lead inventor on several granted and pending patents relating to gas turbine engine technology.

Mr. Teicholz earned a B.S. and M.S. in Mechanical Engineering from UConn in 2006 and 2008, respectively, an MBA from the University of Massachussets, and certificates from Stanford and University of Virginia.

Mr. Teicholz is passionate about aviation both in his career and his personal life. He is an FAA-licensed private pilot, who in his free time enjoys being behind the controls and soaring the skies above New England.