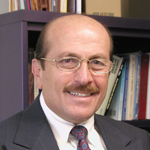 Dr. Olgac joined the faculty of the Mechanical Engineering Department in 1981. He received his Doctor of Science degree from Columbia University in 1976 and M.Sc. degree at the Technical Univ. of Istanbul, Turkey 1972 (summa-cum-laude), both in Mechanical Engineering. Prior to joining the department, he directed an industrial operation in radio, television, and home appliance manufacturing. His research interests are on time-delayed systems, vibration suppression techniques, nonlinear robust control of dynamic systems, and micromanipulation in cellular biology.

Prof. Olgac’s research has been funded by DoE, NSF, NIH, ONR, NOAA, ARO, GE, Connecticut Innovations Inc., Pratt and Whitney, Sikorsky, and other industries. He is the director of Advanced Laboratory for Robotics, Automation and Manufacturing (ALARM) at UConn. Dr. Olgac was a guest professor at INRIA (France; 1988 — 89) the Technical University of Munich (1995 — 96) and Harvard University (2002 — 03). He is a member of CASE (Connecticut Academy of Science and Engineering), Fellow of ASME and Senior Member of IEEE, has served as a member and the chair of the Executive Committee of ASME-Dynamic Systems and Control Division.  He has served or is serving on the editorial boards of the ASME Journal of Dynamic Systems, Measurement and Control, IEEE, Tran. Control System Technology, J. Vibration and Control, Int. J. of Mechatronics and Manufacturing Systems, Bulletin of Applied Mechanics, He also served on the board of directors of American Automatic Control Council (AACC).

He was the General Chair of IFAC Time Delay Systems Workshop (TDS) 2012, and General Chairman of ASME Dynamic Systems and Controls Conference, DSCC 2013.  He is the recipient of a UCONN Research Excellence Award (2015) and ASME Distinguished Engineer of the Year, Hartford Chapter, CT (2015).