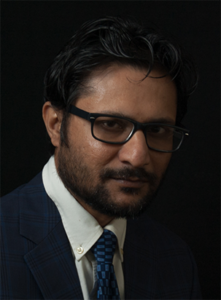 Abstract: Dermal scales appeared early in the evolutionary history of vertebrates, most notably in fishes. Their remarkable multi-functional roles include protection from predatory attacks, enhancement of locomotion, camouflaging and thermal regulation. This has led to a tremendous variation in scale type, material, shape, size and organization among species (e.g. fishes, snakes) as well as within species (different types of fish scales). This has led to a great deal of interest in their material properties. Less investigated is the role of the scales themselves as geometric units of high performance.  Interestingly, many remarkable behaviors lie in the geometrical form and distribution of the scales. Discretely segmented, geometrically pronounced units emanating from softer, slender substrates allows for a rich interplay of deformation, geometry and functions at multiple length scales underscoring structure-property synergy. Therefore, the primitive scale topology (exoskeleton form) appears across a much wider range of critical biological structures such as papillae on feline tongue, where they dramatically enhance gripping capacity and combine it with fluid wicking properties or on the surface of animal furs, where nanoscale scaly features are known to reduce microbial fouling, or aid in aerodynamic functions. Testament to their remarkable structure-properties enhancements, it is difficult to find slender biological structures that do not exploit some type of concerted external surface texture. These features result in a number of unusual mechanical behavior such as small strain reversible nonlinearities and quasi-rigid locking behavior in bending and twisting deformations even when friction is negligible. When friction is significant, unexpected dissipation and damping behaviors arise. Furthermore, stiff plate like scales on a soft substrate can give rise to perceptible change in indentation response, which can quickly transition away from the Hertzian regime. Since the main sources of such nonlinearities are geometry and interface dictated, such extreme mechanical behaviors can be easily programmed and functionally graded using additive manufacturing, which can be exploited for diverse applications such as multifunctional structures, robotic exoskeletons, prosthetics, flexible electronics and protective coatings.

Biographical Sketch: Dr. Ranajay Ghosh is an Assistant Professor in the department of Mechanical and Aerospace Engineering (MAE) and the Center for Advanced Turbine and Energy Research (CATER) at UCF. He directs the Complex Structures and Mechanics of Solids (COSMOS) Laboratory. His research focuses on the behavior of deformable solids and computational mechanics particularly focusing on modeling multiscale and multiphysics phenomena in heterogeneous and topological solids. Prior to his appointment at UCF, Dr. Ghosh earned his PhD from Cornell University, Ithaca, NY where he was awarded the Harriet-Davis doctoral fellowship. During his PhD he also carried out research at the General Electric’s (GE) Global Research Center at Niskayuna, New York where he was the recipient of GE’s global recognition award for outstanding performance. He subsequent carried out postdoctoral research at the Rensselaer Polytechnic Institute and Northeastern University.  Dr. Ghosh’s research work has led to over 45 peer reviewed journal publications including several cover arts and media coverage in Discovery, Newsweek and the New York Times.  Dr. Ghosh’s research is primarily funded by Siemens Energy, the US Department of Energy (DoE) and the National Science Foundation (NSF).