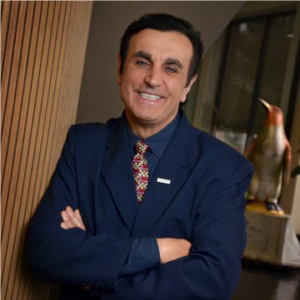 We are in the midst of experiencing both the Big Data Revolution and the emergence of the Second Quantum Revolution. The amount of data available is doubling yearly, and artificial intelligence (AI), in particular machine learning (ML) methods are playing an increasingly important role in analyzing this data and using it to deduce new models of processes. Moreover, quantum mechanical phenomena have evolved into many core technologies and are expected to be responsible for many of the key advances of the future. Quantum computing (QC), in particular, has the potential to revolutionize computational modeling and simulation. The importance of these fields to the global economy and security are well recognized, promoting an even more rapid growth of the related technologies in the upcoming decades. This growth is fueled by large investments by governments and leading industries. An arena in which both QC and ML are promoted to play a more significant role is high performance computing. Since the early 1980s, computational simulations have been known as the 3rd pillar of science, and are now being augmented by the 4th paradigm formed by the big data revolution.

This lecture is focused on recent work in which use is made of modern developments in QC and ML to tackle some of the most challenging problems in turbulent combustion. The computational approach is via a stochastic model termed the Filtered Density Function (FDF). This model, originally developed by this lecturer, provides one of the most systematic means of describing the unsteady evolution of reactive turbulence. It is demonstrated that, if devised intelligently, ML can aid in developments of high fidelity FDF closures, and QC provides a significant speed-up over classical FDF simulators.

Dr. Peyman Givi is Distinguished Professor and James T. MacLeod Professor of Mechanical Engineering and Petroleum Engineering at the University of Pittsburgh. Previously he held the position of University at Buffalo Distinguished Professor of Aerospace Engineering at SUNY-Buffalo. He has also had frequent visiting appointments at the NASA Langley & Glenn centers, and received the NASA Public Service Medal. He has also worked at Flow Research Company as a Researcher in Applied Mechanics. Givi is among the first 15 engineering faculty nationwide who received the White House Presidential Faculty Fellowship from President George H.W. Bush. He also received the Young Investigator Award of the Office of Naval Research, and the Presidential Young Investigator Award of the National Science Foundation.

Givi is currently the Deputy Editor of AIAA Journal. He is also on the Editorial Boards of Combustion Theory and Modelling, Computers & Fluids, and Journal of Applied Fluid Mechanics. He is Fellow of AAAS, AIAA, APS and ASME, and was named ASME Engineer of the Year in Pittsburgh in 2007. He received Ph.D. from the Carnegie Mellon University (PA), and BE from the Youngstown State University (OH) where he is named a Distinguished Alumnus.