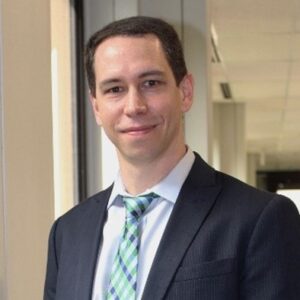 Abstract: Due to recent advances in resolution and sensitivity, Ion/Electrical Mobility (IM) has become a ubiquitous tool in Aerosol Science and Analytical Chemistry. Its ability to aid in the separation of gas phase analytes now rivals some of the most employed techniques such as liquid chromatography and gas chromatography and recent Mass Spectrometers regularly have a mobility cell embedded in or hyphenated with the system.  In its most formal definition, IM is a transport property that describes the ability of an ion, i.e., charged molecule/cluster/particle, to traverse a gas medium by means of the energy provided by an external electric field. As the ion travels, the way it interacts with the gas medium varies substantially depending on the flow regime and scale. When referring to IM in the ‘free molecular’ regime, it is also assumed that the ion/charged entity does not ‘significantly’ perturb the gas, i.e., when the characteristic size of the ion is much smaller than the mean free path of the gas. Under free molecular flow, ion mobility is necessarily a function of the gas thermodynamic properties (pressure, temperature, mass, size, degrees of freedom), those of the ion, any existing interaction potentials (e.g., Lennard-Jones-like, ion-dipole, or ion-quadrupole interactions), and the energy exchange involved in the process. As is normally the case for other transport properties, the value referenced as IM is an average value for a large enough ensemble of ions over many collisions rather than a value at any given instant.

While the technique has undoubtedly been successful, understanding the process of how ion and gas interact is rather complex and still remains incomplete to this day. With resolutions reaching over one thousand, empirically observed separations between analytes are difficult to explain unless the theory behind the interaction is carefully portrayed. This work is an attempt at describing the logical process of understanding how ion mobility may be theoretically and numerically calculated, from the simplest idea that assumes that ion mobility is in inverse proportion to the average “projected shadow” of the ion, through how different potentials or field strengths may affect the interaction, to the consideration that even internal degrees of freedom may influence the separation. Given the multiple fields where ion mobility is considered, an evolutionary description of the different theories is sought, carefully trying to check where the theories match or deviate and where new approaches are needed.

Biographical Sketch: Carlos Larriba-Andaluz got his bachelor’s degree in Aerospace at Universidad Politécnica de Madrid. He moved to the States after an abridged stay at Iberia Airlines. He got his Ph.D. in Mechanical Engineering from Yale University in 2010 followed by a postdoctoral Associate and Ramon Areces Fellow at the University of Minnesota in the department of Mechanical Engineering. In 2015, he started a tenure-track position at the Purdue University School of Engineering and Technology in Indianapolis. His main area of research is steered towards electrosprays of ionic liquids under vacuum (used in clean electrical propulsion for satellites), dielectric electrosprays by means of charge injection atomization (for efficient production and control of fuel drop generation and combustion), Ion Mobility Spectrometry (IMS) coupled with Mass Spectrometry (MS) and developing a 2D axial symmetric, multi-chemistry, sectional Aerosol-Plasma model and the study of afterglow and pulsing plasmas for ion and Silane nanoparticle collection. In IMS-MS, current projects include structural characterization of large biomolecules, chemical warfare detection, liquid and solid polymers, proteins, asphaltenes, and Room Temperature Ionic Liquids. Theoretically and numerically, he has developed a suite of algorithms, freely available and used by several university departments, to calculate heat, mass, and momentum transfer in the free molecular regime for all atom models using Kinetic Theory of Gases including the possibility of diffuse reemission, polarization and vdw potentials. His work is supported by several NSF and industry grants. His long-term goal is to design mobility apparatuses and a new set of parallelized algorithms that combines knowledge from DSMC and Lattice Boltzmann algorithms.